Pirate Attack On Ship In Gabon

US Ambassador Recalled From Zambia

NDB To Give Eskom R6bn

A Survey On What Wealthy Kenyans Invest In

Changing From CFA Franc To Eco

Wristband Used To Pay For Lunch

Ethiopia To Have Tax Cut On Sugar

A Boost For The African Economy Future

The $9 UN Plan For Zimbabwe

Algeria Has A New President

Climate Priorities Not Addressed Once Again

Ethiopians Congratulate Their Prime Minister After the Nobel Peace Prize

Africa Holds the Record With 27% in Women Entrepreneurship

From 2020, All Africans Can Enter Nigeria With an Airport Visa

The Decision to Expropriate Land in South Africa!

Algeria is Preventing Assets from being Sold to the Total Group

Cargill Invests in Cocoa Plant in Ghana and Ivory Coast

Greece, Turkey and Libya Between specify what Opposes the Sea Treaty

The World Bank Says Tanzania Will Grow Faster in 2020

Tunisia’s Economic Challenges After the Revolution

$ 210 Million Loan from AfDB to Nigeria!

Twitter CEO will Live in Africa a Part of 2020

250.000 People were Affected by the Sudden Flood in Djibouti

Former Vice-President of Congolese Bemba has been Given a Punishment

Tunisian Airlines to Lay off 400 Workers

27 People were Killed in the Plane Crash in DRC

Mummified Animals Began to be Exhibited in Egypt

Nigeria Oil Production at the Highest Level in the Last Three Years!

More than 900 Employee in South African Airways are in Danger

The Exiled Businessman Will Bring Together Egyptian Defenders

Respectable Benin Politician Albert Tevodjre Died at the Age of 89

Trump Met with Representatives of The Nile Dam Conflict

Sudan Launched Its First Satellite in Partnership with China

Burkina Faso Mp Was Killed in The Sahel Region

The New President of Bostwana Sworn

MESSAGE OF THE PRESIDENT

We're here with you with the issue 16 of the African Observatory.

First of all, we commemorate the former president of Zimbabwe Robert Mugabe, who died on September 6, and express our condolences to all the people who lost their lives in armed attacks in South Africa.

We are very sorry for the armed attacks against the immigrants in South Africa that we have made headline this week and we hope that these events will end as soon as possible. We are aware that the high unemployment rates in the country have triggered these attacks to a great extent and as a result immigrants are victims. Solving the problem of unemployment all over the world will enable many issues to settle. For this reason, the development of trade relations, thus triggering production is the most basic solution of the unemployment problem. We hope that the commercial solutions between Africa and Turkey, in particular, continue to apply unabated for resolving such problems. As TAFAC, we are working hard to improve our commercial relations.

I also congratulate the August 30 Victory Day, which was the 97th anniversary of last week, with my best wishes. I would like to thank all our soldiers, commanders and Gazi Mustafa Kemal Atatürk, who saved this country by fighting with their hearts. 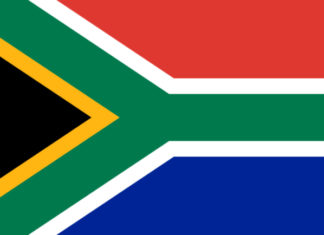 South Africa is the southernmost African country is bordered by Botswana, Mozambique, Namibia, Swaziland, and Zimbabwe and it surrounds the small Kingdom of Lesotho. The country covers an area of 1,221,000 km², compared it is larger than four times the size of Italy, or slightly less than twice the size of the U.S. state of Texas. South Africa has a population of 55.9 million people (official estimate 2016), the country's administrative capital is Pretoria; legislative capital is Cape Town and the judicial capital is Bloemfontein (Mangaung), largest city is Johannesburg. SA has 11 official languages: Afrikaans, English, Ndebele, Northern Sotho, Sotho, Swazi, Tswana, Tsonga, Venda, Xhosa, and Zulu. Most spoken first languages are Zulu (isiZulu - 23%), Xhosa (isiXhosa - 16.0%), and Afrikaans (13.4%). Background...
Read more

HEADLINE OF THE WEEK

Angry minibus taxi drivers looted foreign-owned shops and set others alight in South Africa’s capital Wednesday after a foreign national allegedly killed one of their colleagues the previous day. The rioting came after taxi drivers took to the streets of Pretoria on Tuesday to confront alleged drug dealers when a Nigerian national allegedly opened fire, killing one of the drivers. The next morning, the taxi drivers were joined by a mob of other South Africans who started looting and setting alight shops in the capital belonging to foreign nationals, especially Nigerians. ''I have instructed my police officers to leave no...
Read more

At least 11 people were killed amid fresh inter-communal clashes in southern Chad between farmers and herders earlier this week, local media reported. The incident...

The mobile phone contracts for civil servants in Senegal have been suspended in an effort to limit public spending. Ministers and their staff can no...

Zambia's football association has cancelled a friendly match against South Africa scheduled to take place on Saturday in the capital, Lusaka. The cancellation follows a...

Ethiopia Condemns Violence Against Its Nationals in South Africa

Mugabe Will Be Remembered as A ‘Man of Courage’

What is new in Africa about Turkey?
Africa Observatory 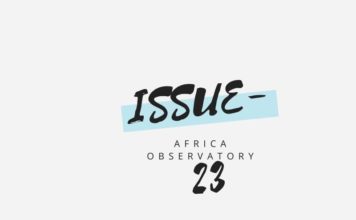 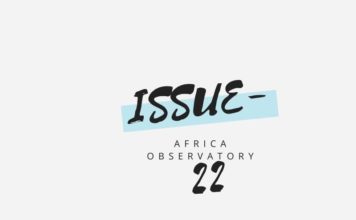 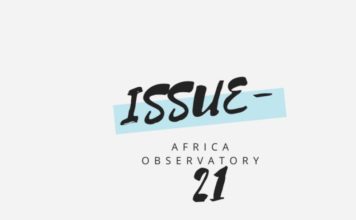 Contact TAFAC team, in order to get detailed information about Africa Observatory - Issue 16.

You have Successfully Subscribed!